We have detected that JavaScript is disabled. Here are instructions on how to enable JavaScript in your web browser.
Skip to content Skip to main menu
Home › Archive for Blog 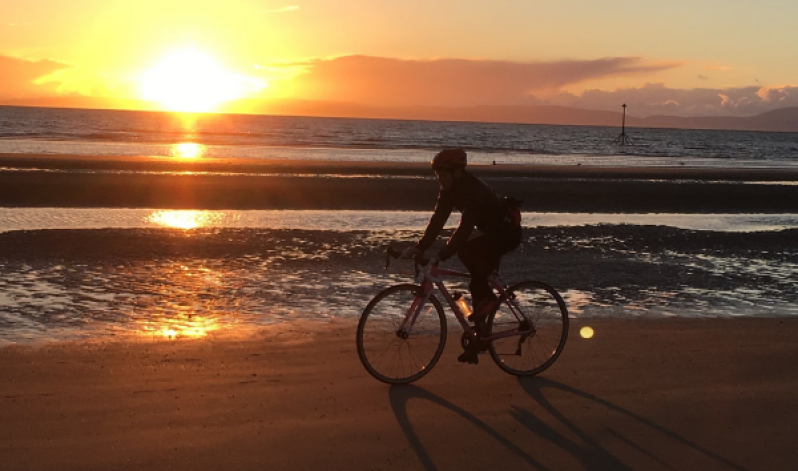 Uncategorized
The Cycle Show Selects: August
0 comment
Top Industry News, Reviews and More! Your weekly fix of cycling, eBike and triathlon news… SHOW NEWS The Cycle Show 2022 SIGN UP TO THE CYCLE SHOW 2023 PRE-SALE The UK’s biggest cycling show will be back next year at the iconic Ally Pally. From the biggest brands and stars of the sport, to incredible custom bikes, demo tracks, skills sessions and some of the industry’s top experts – we’ve got it covered! Don’t want to miss out? Sign up for pre-sale today! SIGN UP NOW DO YOU WANT TO JOIN THE CYCLE SHOW TEAM? We are looking for a passionate and skilled Events Marketing Executive to work on the biggest Cycle Show in the UK. If this sounds like you, read our full job description below. FIND OUT MORE SEASONAL NEWS (Photo by Getty Images) TOUR DE FRANCE FEMMES 2022 After eight gruelling days of racing, Annemiek van Vleuten (Movistar) etched her name into the history books as the winner of the 2022 Tour de France Femmes. READ FULL ARTICLE (Photo by Getty Images) GERAINT THOMAS AT THE COMMONWEALTH GAMES Geraint Thomas will be ‘in it to win it’ when he takes to the streets of Warwick to compete in the Commonwealth games.  READ FULL ARTICLE REVIEWS & BUYER'S GUIDE (Photo by BikeRadar) SHIMANO XC7 SHOES REVIEW The Shimano XC7 is a performance shoe midway up Shimano’s off-road footwear range. As its name suggests, the XC7 is billed for cross-country mountain bike and cyclocross racing. Read the full review today.  SEE FULL REVIEW (Photo by BikeRadar) 6 OF THE BEST ENERGY BARS Energy bars sit between everyday food and energy gels on the buffet of on-bike nutrition. Their taste and ingredients will closely resemble something you’d eat as a snack day-to-day, such as a cereal bar.Bike Radar has put together their top 6 energy bars to help you when picking out your cycling fuel. READ MORE TOP TIPS & ADVICE (Photo by Triathlon) HOW TO TRAIN ON YOUR COMMUTE Is it possible to get in a beneficial workout on your daily work commute? The answer is yes! Read below as Coach Dermott Hayes explains how you can turn your commute into an effective training session. DISCOVER MORE (Photo by BikeRadar) THE BEST BEGINNER'S CYCLING TIPS BikeRadar have put together essential pieces of advice for new cyclists. Covering kit, clothing, nutrition, technique and more, this is a must read for beginners as you begin your cycling journey. READ THE TOP TIPS Subscribe to The Cycle Show mailing list to keep up to date with all the latest news in the cycling world.  SUBSCRIBE NOW
Read More

Uncategorized
The Cycle Show Selects: June
0 comment
Top Industry News, Show Challenges and More! Your weekly fix of cycling, eBike and triathlon news… TOP NEWS (Photo by Getty Images) MARK CAVENDISH & ALICE TOWERS BLAZE TO HEROIC NATIONAL TITLES Mark claimed his second national road race title with a majestic spring in Castle Douglas, while 19-year-old Alice Towers took a shock solo win in the women’s race after a phenomenal 30km break.  VIEW FULL ARTICLE (Photo by Getty Images) LONDON TO HOST 2022-23 CYCLOCROSS WORLD CUP This week the UCI confirmed that the UCI Cyclocross World Cup will visit London later this year. London has been given the last of the slots in their leading Cyclocross competition, which will potentially see star riders take on the course on 11 December.  READ FULL ARTICLE SEASONAL NEWS (Photo by Getty Images) TOUR DE FRANCE 2022 - COMPREHENSIVE TEAM-BY-TEAM GUIDE Tour de France 2022 starts tomorrow! Follow the link for everything you need to know about the team lineups, from the contenders to the riders that could surprise.  READ FULL ARTICLE DISCOVER THE TOUR DE FRANCE 2022 TEASER The Tour De France Teaser is here – are you ready for TDF 2022 to start tomorrow? WATCH NOW IN-DEPTH REVIEWS (Photo by BikeRadar) CANNONDALE JEKYLL 2 REVIEW The high-pivot suspension layout and clever frame design make the Jekyll 2 seriously formidable on the trail. BikeRadar’s review describes the bike as composed, capable, and a lot of fun to ride. Read the full review today.  SEE FULL REVIEW (Photo by BikeRadar) CHEAP HYBRID BIKES BikeRadar has put together 10 practical bikes that won’t break the bank. Cheap hybrid bikes are a great solution for many commuters and leisure cyclists who prefer a flat handlebar to the nose-down position of a road bike. See full review below.  READ MORE TOP TIPS & ADVICE (Photo by Getty Images) SUMMER CYCLING TIPS The days are longer, the evenings are warm and the roads are dry – there’s no better time to be on a bike in the summer. To make the most of the seemingly short Great British summertime, get your clothing and equipment choices right so you’re motivated to ride – check our Tredz summer buying guide.  READ MORE (Photo by BikeRadar) BIKE CHAINS EXPLAINED It’s not a very exciting component, but you won’t get far without a chain on your bike, BikeRadar has put together a run-down of everything you need to know about bicycle chains including the structure of the chain, different ‘speed’ chains, compatibility, chain length and more.  FIND OUT MORE Subscribe to The Cycle Show mailing list to keep up to date with all the latest news in the cycling world.  SUBSCRIBE NOW
Read More

The Cycle Show Selects: May
0 comment
Happy National Bike Month! Top Industry News, Show Challenges and More! Your weekly fix of cycling, eBike and triathlon news… TOP NEWS YOUR JAW DROPPERS WINNER IS FATCREATIONS The votes are in! We’re so proud to announce that this year’s winner of our BikeRadar Jaw Droppers competition is…Fatcreations’ customised SCOTT eMTB. The Jaw Droppers display, secured by Litelok, saw an impressive range of customised and one-off bikes showcased in the main hall on which visitors voted for their favourite. VIEW FULL ARTICLE THE CYCLE SHOW TEAM TAKE ON RIDELONDON RideLondon is back from 27 – 29 May 2022 with new routes and a brand-new partnership with Essex County Council. Cycle Show’s Portfolio Director Nicola Meadows and Sales Manager Alan Parfitt will be taking part in the ride – find out what they’ve got to say below.  READ FULL ARTICLE SEASONAL NEWS ROUND 2 OF 2022 BMX FREESTYLE NATIONAL SERIES Charlotte Worthington showed off her gold-medal standard tricks to win the second round of the 2022 BMX Freestyle National Series at Rampworld Cardiff, while James Jones took a victory on his home turf.  READ FULL ARTICLE HOW HARD IS THE GIRO D'ITALIA? Data provided by WHOOP for the 2021 Giro d’Italia shows what it takes to ride the Italian Grand Tour. The Giro d’Italia is one of the toughest races on the WorldTour calendar – but what toll does it place on riders?  READ FULL ARTICLE IN-DEPTH REVIEWS GALLERY: THE BEST BIKES AND BITS AT THE CYCLE SHOW 2022 Can you believe it has been 1 month since The Cycle Show 2022? Cyclist joined us and did a kit and component highlights article exploring the different goods the show had to offer.  CHECK IT OUT ROAD.CC: TOP BIKES FROM THE CYCLE SHOW 2022 The road.cc tech team also joined us at the show and highlighted a few bikes that caught their attention featuring plenty of road and endurance loveliness plus a bonus Stella McCartney bike.  SEE FULL REVIEW TOP TIPS & ADVICE THE ATHERTONS: HOW DO YOU RECOVER FROM LIFE CHANGING INJURIES? In June last year, World Champion Mountain-biker and Cycle Show 2022 Special Guest – Gee Atherton was horrifically injured when he fell over 100 feet from a cliff during filming “The Knife Edge”, one of the big mountain projects that he loves. Gee has put together this edit to chart his physio and recovery.  WATCH NOW HOW TO BEAT DEHYDRATION WITH 220 TRIATHLON Dehydration will severely reduce your training and race performance, but you can stop it before it stops you. It’s important to educate yourself on your individual hydration and fueling needs, and have a tried and tested plan for staying hydrated on rest days.  FIND OUT MORE Subscribe to The Cycle Show mailing list to keep up to date with all the latest news in the cycling world.  SUBSCRIBE NOW
Read More 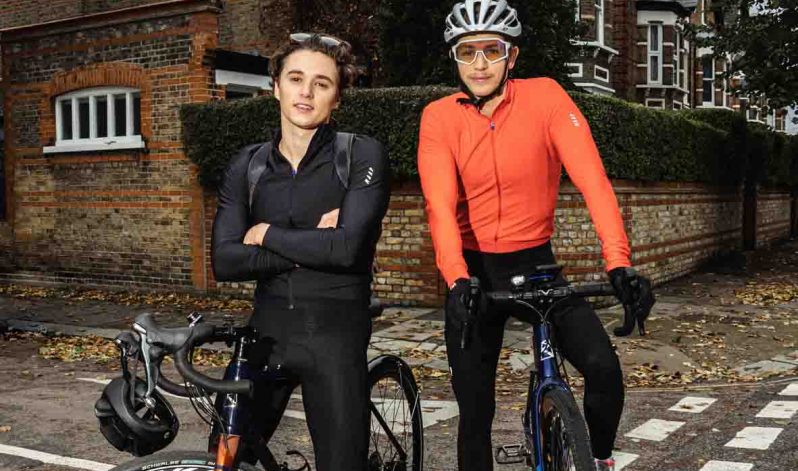 Ribble’s #MilesforMovember featuri...
0 comment
Chart-toppers The Vamps partner with Movember in epic cycle challenge to raise funds and awareness for men’s health #MilesForMovember BRITISH rockers James McVey and Brad Simpson of The Vamps are tackling an epic cycling challenge on the 22nd November to raise funds for leading men’s health charity, Movember. Fresh from the release of their NUMBER ONE fifth album, McVey and Simpson will ride approximately 60 miles in one day to help in the fight against suicide and poor mental health in men. The mammoth ride is underpinned by the poignant statistic that we lose 60 men around the world to suicide every hour. And with male mental health a cause close to their hearts, the duo hopes the ride will help start conversations which could ultimately save lives. Originally, the pair were to be joined by Movember ambassador Nick Frendo, videographer Dean Sherwood, manager Matt Voss as well as Ribble Cycles Ambassador Cameron Jeffers. However, to follow COVID rules, the ride will now be done in pairs. Ribble Cycles are proudly supporting the ride, as well as giving away a bike for additional fundraising. Keen to raise as much for the charity as they can, the group are inviting others to take on the Miles for Movember challenge by safely cycling as far as they see fit, with the goal of 1,000 cumulative miles. They’re asking anyone who wants to get involved to post a picture of their ride on social media with the hashtag #MilesForMovember and to donate whatever they can to the charity. #MilesForMovember GET INVOLVED DONATE The Vamps lead guitarist James McVey said: “We all know 2020 has been a rough year and mental health has taken a hammering. We want to do our bit to help guys out there who might be struggling.  “While raising as much as we can for Movember is the goal, I hope this cycle will also encourage people to reach out to the men in their lives and have those tough conversations, because ultimately, talking saves lives.  “It’d be great to see as many people getting involved in the ride as possible. So get out there on November 22 and get posting your #MilesForMovember pics!”
Read More 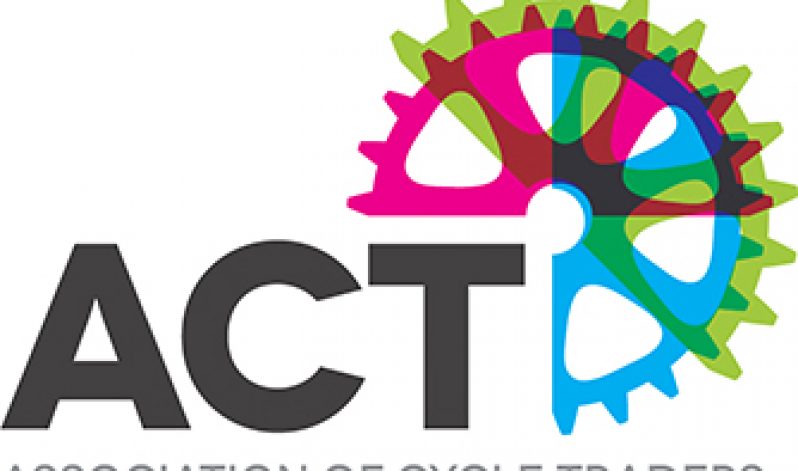