1990 ushered in an era of huge growth in the popularity of mountain biking with the UK’s most-read magazine – MBUK – leading the way and regularly selling over 80,000 copies every issue during the 1990s. With the growing popularity in the sport came rapid developments in bike design and technology with exciting product innovations seemingly dropping every year.

New materials like carbon were used by brands for the first time and 1992 saw the first production carbon monoque frames. Front suspension became ubiquitous with Rock Shox Judys as the go-to choice and brands soon adopted full suspension technology with the early models appearing at the beginning of the decade. Before disc brakes were a thing on MTBs, if we wanted to stop faster we enlisted the help of Magura. If more grip was needed, Panaracer was the tyre brand of choice, although often not for both wheels.

Innovations that we all take for granted now like riser bars and SPDs were rare sightings before the 90’s, and while other trends like bar ends ebbed over time, the love for anodising components has endured from then through to the current day.

At the Cycle Show you can relive the heyday of the sport with a gallery of mountain bikes including iconic models from the likes of Trek, Specialized, Pace, Kona, Marin, Yeti and Cannondale.  There’ll be some pro-rider bikes to get envious about all over again and each bike will be celebrated with a year-specific MBUK cover. 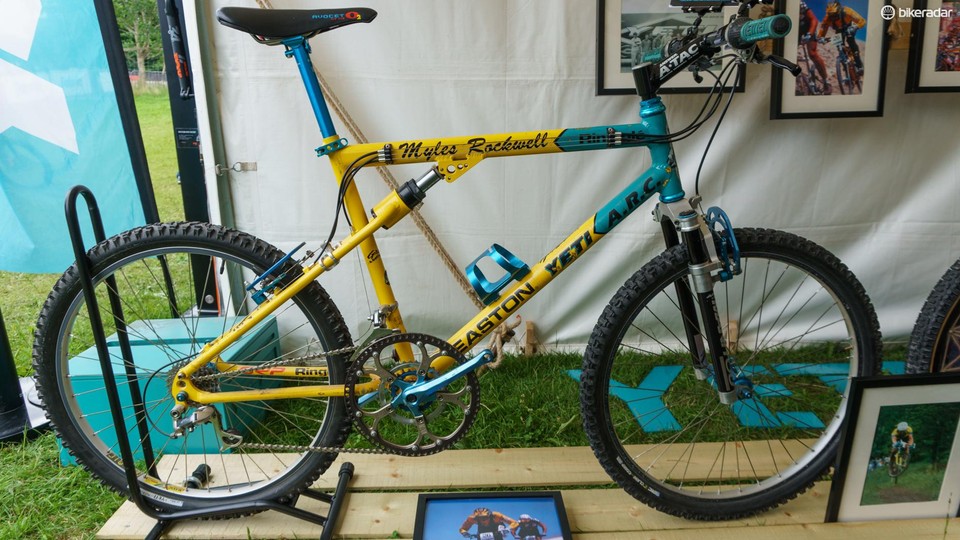